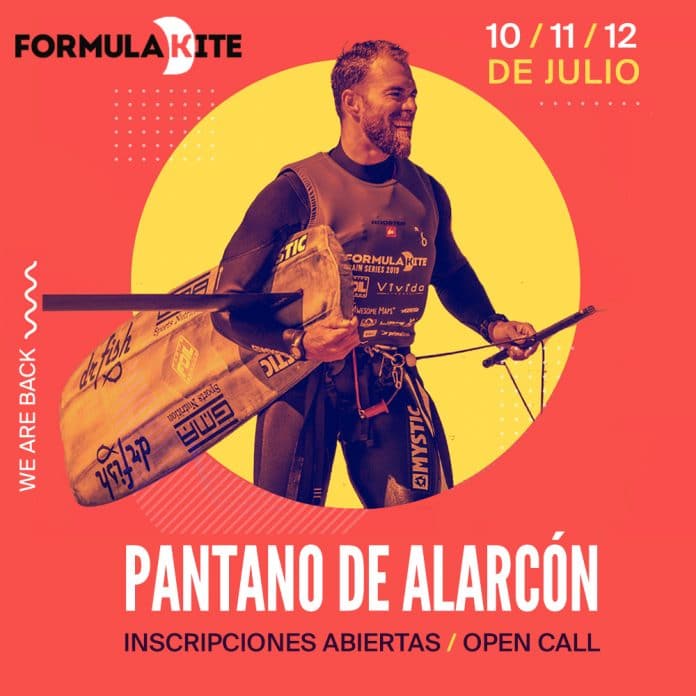 With the open registrations, the FKSS and the CKSC give the starting flag in Valverde del Jucar from 10 to 12 July

VALENCIA. (11 June 2020) - The Formula Kite Spain Series (FKSS) is back and registration is open in Alarcón. The first competition of 2020 will be held in the waters of the Cuenca reservoir from 10 to 12 July by the Club Kitesurf Centro (CKSC).

The race already has open the inscriptions for participants in the category Pro, Open and Amateur.

The experience in the marsh was the great novelty of the 2019 season and was extraordinarily well received by the sailors who found flat water and thermal winds to compete in a 'spot' that was unknown to most and therefore very challenging.

Sailors who wish to do so can now register for the inland race, which will be the first of the season after the Hondarribia and Mallorca races have been postponed.

Within the Open category will be framed also the competitors who do it in the Pro class and that will be those who want to use material measured by the IKA.

Within the precautions that have been adopted due to the health situation in which we find ourselves, the possibility of limiting the participation of sailors has been enabled. Thus, if there is a need to cut down on participation due to some health instruction, the organization will be forced to reduce registrations by strict order of reception.

For example, once the FKSS in Alarcon opened their registration, if it was necessary to limit participation to 40 sailors, it would be done in the following way: the first 30 registered would have their participation guaranteed while the other ten places would be granted by means of an invitation or 'wildcard' given by the FKSS in conjunction with the CKSC. In any case, the organization would always keep ten wildcards.

Sergio W Smit, general manager of the circuit, points out: "We are very happy to be able to start the season and do it in Alarcón, a spot that last year pleasantly surprised everyone. But from the organization we want to continue being very careful because of the health situation we are living. The regatta will be held with extraordinary safety measures and always looking after the health of all those involved in the event. Health comes first and will be our priority when it comes to making decisions".

Vicente Ferris, president of the CKSC, is very excited once the registration of the FKSS in Alarcón is open and explains the improvements that will take place this year: "On a structural level the club has been reinforced with a much more powerful zodiac so that the rescues or incidents that may occur are easier to deal with. And although we have the handicap that the event will be diminished by the impact of the Covid, we believe that people will enjoy an unbeatable spot with flat water, thermal laminar wind and summer temperatures with a very good water temperature. In addition, due to the last rains, the reservoir is almost at 50% capacity being much higher than the previous year. Therefore, we have a swamp width of more than one hundred meters more than 2019, which gives us a larger sheet of water and more possibilities to set up the race course".

For Ferris, the reservoir offers the sailors greater equality than in open sea races is more difficult to achieve: "The course of Alarcón is very technical. Due to its idiosyncrasy, the material is not the most decisive thing to win the race, but the most technical sailor is going to have more options to win against those who bring the most modern material, something that in other locations does not happen with the mastery of the best material".

Ferris would like to thank the local authorities for their collaboration: "The beach of Valverde del Júcar will be prepared by the Town Hall so that it is in perfect condition for the opening of the FKSS season with our event. I would also like to thank the Federation of Castilla la Mancha for their financial and personal support, headed by the President, Concepción Valledor, which has made it possible to organise an event of this nature. This way the sailors feel the public's encouragement because they can get to gybe or tack less than a hundred meters from the public. This is something that is difficult to achieve in other places".